Bullies are Not Just Humans 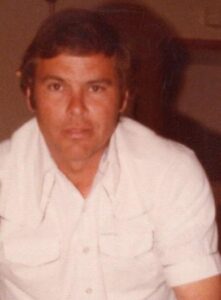 A bark sounded from Jackie the Yorkie, giving attention the school bus was coming. His buddies, Bobby, the Shih Tzu and Hustler, a Russel Terrier, were quick to respond with their barks as well, creating a real annoyance to the neighborhood.

When the bus got near the kids the brakes squealed causing the boys and their canines to take a step backward. The doors swung open giving the boys a quick access. Their friends on the bus gave a shout of hello.

Bobby, the Shih Tzu, turned and gave a disgusted look to his pals. “Our masters didn’t even give us a pat on our heads. A pinch on the chin would have been nice, or even a goodbye word could have eased the snub,” declared Jackie.

The three sat on the sidewalk coping with separation anxiety. In a couple of minutes they shook their coats off sending hair and dust into the air. Now it was time to plan their day.

The three looked up and down the cul-de-sac studying the area for the greatest relief of anxiety. It was a no-brain-er; the vacant lot at the end with piles of brush, stacks of discarded lumber from the building boom , but most of all, it had gopher holes.

The Yorkie, Jackie, separated his lips to show Hammer across the street his canine teeth as if to say “don’t make me go over there.” He definitely had little dog syndrome. The three stood to go.

Hammer, a Great Dane, squeaked his nose through the gap in the picket fence trying to get the best glimpse of the three. He so much wanted to be their friend, but his size and weight gave the three an inferiority complex.

A few weeks ago the three crossed the street to aggravate Hammer. He found his opportunity to become friends. He dropped down against the fence so they could give the sniff test. The three smelled through the cracks, but decided they were not going to accept him and walked away.

Hammer was so upset. He felt like a traitor to the dog world because of his size. The three often discussed how stupid he was to stay in the back yard when just a slight leap would send him over the fence to freedom.

Hammer left the fence and walked to the back patio and sulked about his failures. The three headed for the vacant lot to do a lot of escavating.

After an hour of pure joy digging their wild kingdom performance, they came up empty. But hey, some of the greatest hunters in the canine world had the same problem on T.V., they thought as they lay sprawled on the mounds of small dog digging piles.

Their dog senses told them Mrs. Williams failed to call them to have dog treats of cookies and milk. They have worked a great deal and now it was time to get their reward, but no call. This was not setting well with the three and by golly they wanted payment and headed over to her front gate.

The three sat at the gate giving an occasional bark. But nothing happened. The Russel Terrier’s patience ran thin and started the barking of a distressed dog. Soon the other two began to shout, also.

Hammer heard the distressed call and awoke from his dis-paring sleep. He sensed trouble and came around the house to his gate. He saw his neighbors barking their fool heads off. At first he thought to just go back to sleep, but then he decided this would be a chance to show these little in-greats how cleaver he is at opening gates.

He opened his gate and took strides across the street that only these three could dream about. The three were so busy barking into a tantrum they didn’t notice him until he brushed by to the gate. They looked up his legs, then onto his withers, then up to the head. Their necks were straining to maintaining the upward kink. He reached his head over the fence to unleash it. That was simple for him. He went to the front door and attempted to turn the door knob, but it wouldn’t turn.

He was not to be detoured, he went to the side of the house, with the three following, to the other door. His determination was simple, he would attempt to turn the knob, if that didn’t work he would chew the door knob off. It turned and the door opened. He rushed in smelling smoke. As he walked farther the smoke was bellowing to the point of zero visibility. The three waited at the door.

The smoke alarms were all sounding in the house putting fear into the three. Now the fire truck was arriving causing more panic. Hammer was oblivious to any distraction except finding Mrs. William. When he did he dropped down to see her better. He grabbed her on the collar and began to slide her across the floor to the exit. The three gave their minuscule tug to do their part to finish the rescue.

Mrs. Williams was being dragged half way out the door when the firemen got to her and hurriedly chased the dogs away to give her oxygen bringing her back to life.

One fireman noticed teeth marks that had ripped her collar and apron. “Hey Harry, I think this big dog pulled the old lady to safety.”

Mrs. Williams grabbed the fireman’s arm. “Are you saying Hammer pulled me out of the house?”

“It sure looks that way lady…what happened to you?”

“I was baking cookies, I bent down to check if they were ready and my head hit the corner of the stove. That’s all I remember.”

“Well lady, the way I see it that huge dog is the only one who could have pulled you. It certainly couldn’t be those three runts over there.” The three looked at each other realizing that didn’t sound like praise to them.

The Great Dane sat by the fireman making sure she was all right then left for home.

The next morning the three kids and three dogs came out of their respective houses to wait for the bus. The bus came and went leaving the three(sort of heroes)canines standing facing the street.

There he was, Hammer, starring through the crack in the fence eyeing the three. Bobby, the Shih Tzu, headed across the street with the other two following. They began to bark at Hammer to come out and play.

It didn’t take much coaching and Hammer opened his gate and preceded to join them. Of course there would be the pecking order to follow. Bobby, the Shih Tzu would be first, second would be Hustle, the terrier, Jackie, the Yorkie and then Hammer. Hammer was thrilled to be dog number four in search of fun with the others.

From that day on the four became good friends. The four learned to be good dogs.