My Journey as an Author 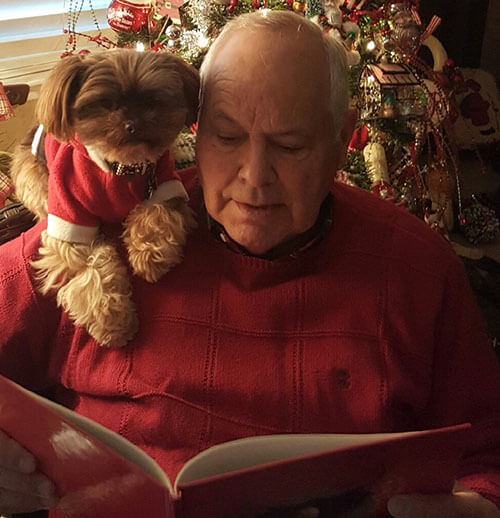 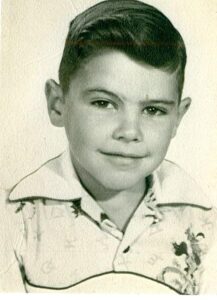 Timeline… The year 1950! My first written words at 8 years old… Readers Digest. Rejected for not having enough words. My mother was still proud.

Years 1951 to 1956! The next years of grammar school left me with more rejections which gave me no hope to be a writer. 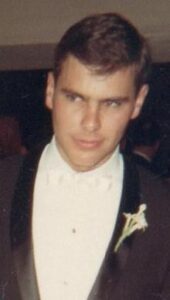 Year 1957 ! At 15 years old my English teacher gave a class assignment for us to write a three to five hundred word essay on our most interesting social event in the last month. I wrote about my first date a few weeks earlier with a great girl. I was fine with the teacher reading it and giving a grade, but when she asked me to read it in front of the class I refused. She blew her stack with the threat of flunking me. She didn’t, but she kept a glaring look when we saw each other down town. That summer I was sitting in the bleachers watching a varsity baseball game. My friends were joking with me until she came up and sat behind me. We all knew her contempt for me so we were preparing to leave when she put her hand on my shoulder gaining my attention. My friends left,  She said, “listen Jerry, the day is going to come when you will have to write because you trap all your emotions in your head and the only way to bring them out is by writing. I’ll  look forward reading your stories, I can also say you will regret ripping off your essay.” She died six months before my first book was published. 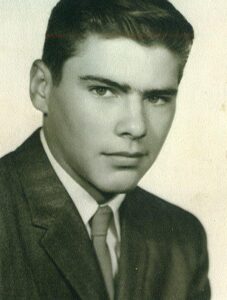 The Fear of Commitment. Our time had finally come to graduate from high school. We were the class of 1960. The four of us, Billy, Phil, Tommy, and me, Jerry realized our school had a social disorder of epidemic proportions, and were not going to have any part of this life-threatening disease, so our individual battle plans had to be drawn.

Some would say an epidemic like we were witnessing was not contagious, but I beg to differ with anyone. Our class of 88 students had more than eleven percent suffering from marriage fever and pregnancy ramifications.

The following weekend, after graduation,the four of us met at the city swimming pool to discuss our life’s vulnerabilities. We all sat on my cars hood to get a better view of any Miss America wannabes sunning around the pool. This would surely clear our thinking.

Umbrellas obstructed most of the girls nearest the chain link fence, just five feet from my front bumper. This was good because we had serious business to contend with.

Billy was quick to admit that him going to San Francisco State in the fall would keep him fixed from the sickness of matrimony. We nodded our heads in agreement. Phil acknowledged he was leaving at summer’s end to join the Army. His plan left us with some what trepidation. It’s like getting out of one frying pan and into another.

Tommy huffed, “I’m sold in my wants and not woman is going to corral me.” Tommy was right, he was one tough cookie. I began to smile when it was my turn to thrust my plan. Billy couldn’t resist, “Here comes some crazy idea from Jerry”

Again a smile protruded, “My plan is simple. I am not going to take any girl out more than twice, and my goal is to date a hundred different girls before I turn twenty-five. After that I may be a confirmed bachelor.” The guys were cheering my idea when suddenly the umbrellas were pushed aside surprising the hell out of us.

“Why do you even think five girls would go with you let alone marry you?” Sharon suggesting sarcastically. I looked at her in disbelief, “You heard everything I said? How awful is that?” A woman sat up next to the girls, “I think Jerry is absolutely right. We should not be listening in on their game plan for the future, plus I think it will work.”

Hearing her use my name was such a rush. This woman made me feel higher than the Russian Sputnik. The four of us were speechless that this beautiful women would even speak to us. Talk about marrying her in a heart beat was quite obvious to all of us.

This all women gave a smile and lay back down to sun her midriff area and other parts of her anatomy facing into the heavens. We felt paralyzed, maybe for life. I blinked and came alive, whispering to the guys, “If we all think in unison, our power of thought will pop those strings holding her bikini top.” Phil was on board to the suggestion and started to pray with a stare.

We squinted our brains in the hopes that telepathy will pop those strings holding her most prized possessions. After near bursting of our brains, our prayers were not answered. Phil was still murmuring “Amen’s” repeatedly until Tommy grabbed his arm to save his life.

We left the pool area in a sexual frustrated mood, but just think if our little mind trick would have produced a different outcome. Our minds would have had memories that would last a life time. 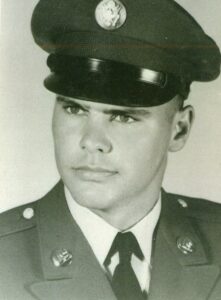 It was probably going to be our last gathering for awhile. We all left with our game plans in check. I started summer college and my plan remaining unmarried until twenty-five was weakening. The girl I dated in high school was now back in my life, and she was pushing me in the direction of the social disorder that I feared.

Just short of my twentieth birthday I was accepted to Los Angeles Art Center to become one of the big three car manufacturers designers. With my move down to southern California she knew I was not ready to commit to each other. That ended our relationship so now my plan was back in gear. I lived true to my word that I was not going to date any girl more than twice. Now you’d think most girls would think that was arrogant and wouldn’t even go out on a single date, but the opposite was true. It was like they were given a challenge and it was they who were going to break my rule.

With nearly a year of this experiment the calls coming in were phasing up from girls to women. Some were even married (without my knowledge) because word had spread they were going to take me down. My black book had grown to sixty plus girls and women.

While at Art Center I received a draft notice that I had two weeks to prepare for army duty. My life felt like it was over. I would later be told that if I was married no draft would have been rendered. Now how ironic is that?

The next six months were filled with physical training and school. I was assigned a permanent base in Tobyhanna, Pa., which is known as the honeymoon capital of the U.S. Much to my pleasant surprised some three hundred girls with only one hundred fifty guys were stationed at the depot. Talk about my plan getting energized once again.

I enrolled at the University of Scranton to get some college credits, and of course meet more girls.

Carpooling in a short bus with four officers and me being an E-3 which meant almost status of dirt. The trip to school was almost like I didn’t exist.

During the day I was repairing Teletype at the depot and attending school at night. My weekends were what kept me alive, dating girls until at lunch time in the gigantic cafeteria a girl named Cindy came to my table an grabbed my hand that was ready to stuff a giant ham sandwich with a first bite.

“Did you ask Charlotte in shipping to go out?” I didn’t know how to handle the outburst, so I told her the truth. “You and I went out twice and that’s the maximum amount I can go out with you.” I knew the very second I said that and heard all the guys cheer, I was dead in the water. She stuck the ham sandwich in my face missing most of my mouth.

I recovered and went on with my selfish life. With Christmas nearing my school buddies came to me while I was on K.P. The Major asked if I wanted to go to an orphanage with them to night. I smiled and said I was on K.P., and sorry I couldn’t. The Major smiled back, your Sarge said it would be okay, you just have to come in earlier in the morning by one hour. That meant three a.m.

With reluctance I went. The orphanage had over a thousand kids and I swear they were all yelling at the same time. The officers went out on the basketball court to play with the big kids. The little five and six year old wanted no part of the big kids.

Mother Superior came over to me and asked if I wanted to entertain the small kids. It was fine with me. For some reason they took to me and I took to them. I went five more trips after Christmas.

My little group of a few kids grew to twenty-five. It was amazing because all we did was talk about our selves.

My last trip was in March and I had to tell the kids I was not coming back. I explained that I was shipping out. That didn’t register. The kids followed me to gym doors where Mother Superior ordered them to stop. The nuns closed the doors to the cry’s of kids not understanding what was happening.

On the way back to the barracks, the officers had plenty to say, even to me. I listened as they talked about how unfortunate it was that I was going to Vietnam, but when they began discussing how it would’ve been better if those poor orphan kids were never born. I was not to be silent any longer, officer or no officers.

“We should be here to help grow these little minds and hearts, but not to decide their fate.”

I thought twenty-five years of age was the magic time to consider marriage and children, but I was wrong. It is not a certain year of life, it’s about being mature enough to see how wonderful a wife and family can be.

Two weeks after leaving that orphanage, I became an orphan. On March 24, 1965 my parents were both killed in a car accident. I was 22 years old.