Forword for the book, “I am the Kings helper”

Who Was Charlie Bendix?

A chance of thundershowers gave many golfers a change of plans. The driving range at Florence, South Carolina was projected to be in the path of the storm coming up from Savannah, Georgia. 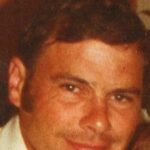 For Charlie, it meant nothing to him.  He was going to the driver range for practice no matter what.  His dad, who also was crazy about golf, always said, “Winners are the ones who practice far beyond everyone else.”  He was going to live that motto.

It was just a year ago that Ben Hogan won The Masters in nineteen fifty-three and walked away with the green jacket.  Charlie and his dad went down to Augusta, Georgia to watch the great Hogan play.  Charlie was beside himself, every time Hogan took a swing at the ball. It was a learning experience as he watched so intently that he never uttered a word.

His dad formed all the dialogue the two needed, with him describing, in a whisper, what made Hogan’s swing so special.

For the year since, Charlie took every word and visual to the golf course and driving range with him, to best his game.

On this day his two buddies decided not to brave the weather and preferably stayed in bed.  That was not going to deter Charlie.  He made his way to the driving range, just three blocks from his house, and went to the golf shack for his balls.

“Have you heard the weather, Charlie?”  The shack radio was glaring the sound of a dangerous front coming through.

“Yes.  I will just do one bucket of balls this morning, Mr. Bill”

“There are three others driving balls this morning so when you see them come in, make sure you come in too.”

Charlie was concentrating on each shot as he got down to the last few balls.  His Dad always told him, “You block every thought other than hitting the ball perfectly.”  That was what he was doing. For some reason, his drives were going farther than ever, passing his old mark of two hundred yards.

The rains were coming down hard now, but Charlie had one more ball to hit.  A yell came from the manager, Bill, at the golf shack.  “Get in here now, Charlie.”  He couldn’t hear him and even if he could, he was determined to drive the last ball.  The manager ran out of the shack screaming at Charlie to get in the hut.  Lightning was striking at the same time the thunder was cracking.

“Drop your club and get in here!”  Charlie knew enough that you did not hold onto a metal stick like a golf club.  He dropped it and started to run to the shack when a strike went straight to the club and blasted Charlie to the ground.  The manager raced to him, picked him up and ran to the shack placing him on the center table.

“Charlie, can you hear me?”  He checked his heart, then his pulse.  Charlie had no signs of life.  Bill ran to the phone to call a doctor who was a member of the golf club.  Suddenly another lightning strike shaking the hut and knocking Charlie off the table.  Bill quickly picked up Charlie’s useless body and placed it back on the table.

The doctor called the ambulance before leaving home, and the two arrived at the hut at the same time.

“Doc, Charlie’s heart stopped and he shows no signs of life.”  The doctor turned Charlie on his side.  “He has a pulse and his heart is pumping, but he’s unconscious.  Let’s get him to the hospital.

Charlie fought for his life for days, weeks and finally after two months he was going home.  The burns on his body were going to take a lot longer to heal.

Something happened on the twenty-seventh of September, nineteen fifty-four that would change Charlie’s life forever.  Golf was not his passion any longer.  It’s not because of fear of another storm while playing or the lack of love for the game, it was just unimportant now.  An unexplained divine intervention has taken hold of Charlie’s mind and now his mind and body is a supernatural power.

Now after ten years, Charlie converted to Catholicism and became a priest.  He is doing things far greater for humanity than his pro-golf could have ever done for the world.